P.M.’s failure to inspire a nation – and how Churchill can help.

Groundhog Day. Half of Australia under lock down. Another school holidays ruined. Thousands of businesses smashed – again.

Why, over 15 months into this thing, are we no better protected than in those first dark days of early 2020? Having been cruelly impacted by the virus, countries including the UK, parts of Europe and many US states are busy mapping their post-pandemic course. They are well down the road to something approaching ‘normal’ life. Lumpy and imperfect paths for sure. There will be setbacks and nasty twists. But the general direction and ambition is clear.

End-of-the-line for the lucky country?

Meanwhile, Australia languishes. Our great fortune of being an end-of-the-line island continent, means we have been blessed with very few deaths. We can debate the level of lockdowns and mistakes – the competency or not of various state governments – but in the main, we have been more lucky than well-led.

I try to avoid overt political commentary, but we have experienced a bi-partisan failure of leadership across our wide brown land. With the exception of Gladys Berejiklian, (whose lustre is also fading), our leaders have failed to rise to the challenge.

Where are we going?

Australia is a difficult place to govern. It has a Victorian-era constitutional model that serves us poorly in a digital century. The states wield too much power and play party politics. The Senate voting system is nonsensical and tends to petty obstructionism.

All of this means the authority of the Prime Minister is compromised. But it is still by far the most important office in the country. It is certainly one from where the vision and direction for the nation can and should be set.

In this respect, Prime Minister, Scott Morrison’s performance has been anaemic. Instead of creating a compelling narrative to plot the nation’s course through the crisis – one with a plan and a uniting call-to-arms – he disappeared into radio silence.

Vaccination is demonstrably the ONLY path out of the pandemic. This needed to be stated loudly, confidently and often. Clarity and conviction about where we needed to go – underscored by a sense of urgency – was essential.

The Prime Minister’s lack of vision and failure to frame a controlling narrative invited the minority voices, fearmongers and the breathlessly hyperbolic mainstream media to fill the void. And boy did they do a job.

Losing control of the narrative

Morrison’s, “it’s not a race” comment in March, served only to support the mood of complacency and, in turn, encouraged confusion around the AstraZeneca vaccine. The one vaccine ready to go became marginalised because of a one-in-a-million risk of death from blood clots.

Authoritative communication, acknowledging the risk, but placing it in proportion would have stopped this and accelerated the vaccination rate (as has happened in many countries, using the AZ vaccine).

What we can learn from Churchill

Winston Churchill would have done it all so differently. A flawed man, of course, but one who understood the power of words to set a vision that a frightened populace could unite behind.

A fantastic analysis of Churchill’s speeches throughout WW2 by US author, Stephen Mansfield, identifies 7 key characteristics that made his oratory so powerful. He:

I will explore this work in my webinar on Friday (see below). But even at a cursory look, the current messaging from the P.M. fails on every count.

It does not set a heroic destiny.

It does not define victory (instead creating bland ‘levels’ and ‘horizons’).

It does not hold a vision for how we will re-build a better Australia.

It does not tell us the hard truth (rather patronising us with nanny-state assurances to ‘keep us safe’).

It only belatedly calls us to action.

It casts us as Victims, not Heroes.

The good news is that, despite the current lockdowns, Australia is well-positioned to emerge from the pandemic with a very low number of lives lost. The bad news is that comes at an extraordinarily high financial, wellbeing and societal cost.

We also missed the greatest opportunity in generations to set a new course for the country. One that could have us set fair to take advantage of the Asian century. For a few precious months, many of the restrictions of our political system were removed. Money was no object. A bold vision, well-constructed and communicated along the lines that Churchill employed could have reinvigorated our nation.

Not only did Scott Morrison fail in this, he didn’t even try.

When we needed a Churchill, we got a Chamberlain.

What narrative are you creating?

You and I are not tasked with guiding the direction of a nation. But you may be leading a team, a business, or a peer group through tough times right now. How could you be creating a more compelling narrative to guide yourself and others to the ‘sunlit uplands’ of the post-COVID world for which we all so much hanker?

PrevPreviousBELIEVE
NextHow to add more empathy to your leadership mix.Next 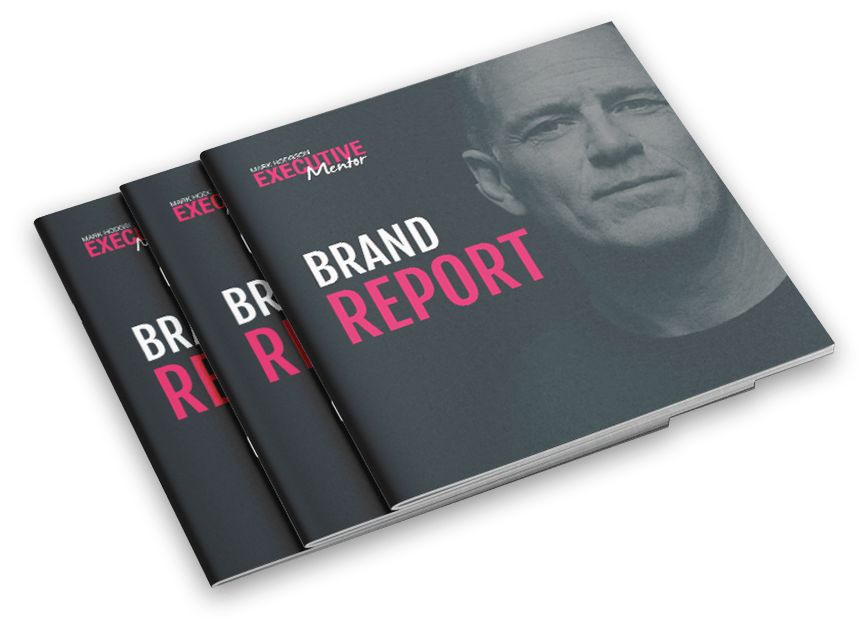